Carcassonne South Seas (Around the world)

We hope you enjoy it. We have a mad desire of publication in Spain and although we have to wait until the Christmas season are convinced that worth.

73 land tiles (including the starting tile)


Segments of Islands, Bridges, Sea Regions and Markets located on small islands can be found in land tiles. Some tiles include icons of bananas, shells and fish that indicate products that players can get with each construction. 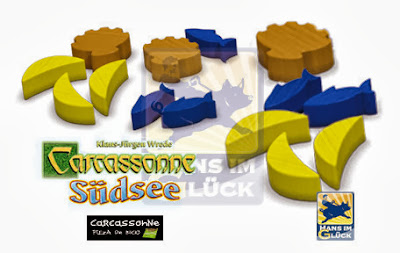 20 Islanders. Four in each of the five colors. Meeples can act as collectors of bananas, collectors of shells or fishermen. They can also act as merchants when they are placed on the markets. 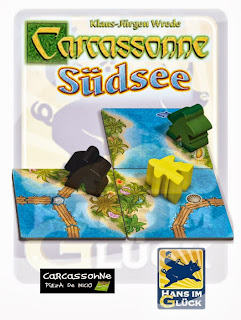 24 Ships tokens. The combination of wares needed to fill the hold of each ship is shown on sails. Lower right corner shows the score. 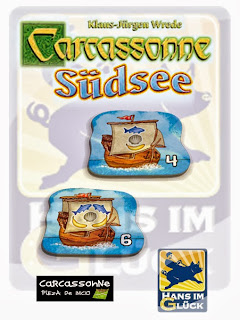 19 Fishing boats tokens. They serve to hide some icons of fish so that they don't score in subsequent turns. 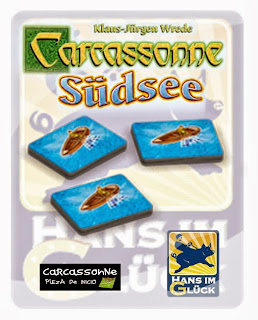 PREPARATION OF THE GAME


Starting tile is placed face-up on the center of the table. Other pieces of territory are mixed and distributed in facedown piles. 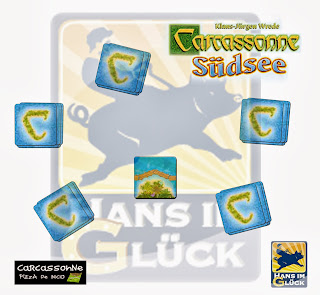 Ship tokens are mixed and distributed face-down in two piles. Four of these pieces are taken and placed face-up, visible to all players. These are the first four ships hoping to fill its warehouses with products that players must accumulate. The sails of ships shows the combination of necessary wares and right bottom corner shows the score awarded to the player. 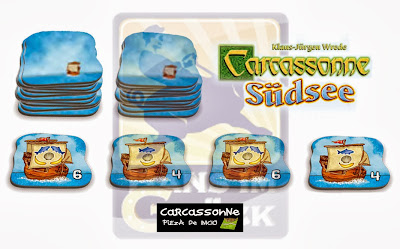 Each player receives four Islanders. The fact of having only four meeples, against seven of the original game, makes that decisions should be a little more careful. However, as we shall see below, the novelties of Carcassonne South Seas allow a much more dynamic game. Meeples are somewhat different. You can see a small skirt, typical clothing in the area. 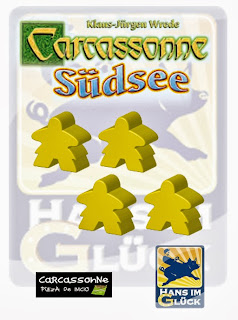 The different Ware tokens (bananas, shells and fish) are placed next to the play area as well as the Fishing boat tokens.


STRUCTURE OF THE TURN


In his turn the player must follow a sequence similar to the original Carcassonne although there are very important differences.


1 The player must steal a tile and place it on the table. At least one side must be in contact with already-placed tiles, and there should be continuity in Islands, Bridges and Sea Regions. 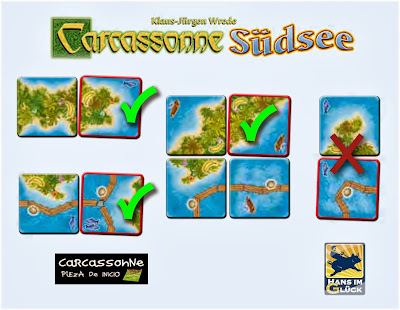 2 The player can choose between three options:

2a  Deploy a follower of reservation on any construction of the placed tiles that is not claimed.

2b Recover an own follower that has been deployed in previous turns.

2c Do not perform any of the two previous actions.


3  In the case that an Island, a Bridge, or a Sea Region is completed the player with most number of followers in each one of the completed buildings receives the wares referred to in tiles. One simple token for each icon. In case of tie in construction each players receives all of the designated wares. All the followers in completed buildings are returned to the corresponding players who can use then in following turns.


Players receive bananas for completed Islands, shells for Bridges and fish for the Sea Regions. 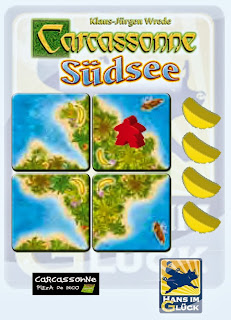 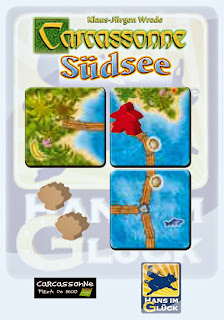 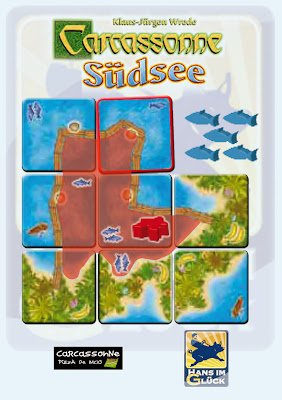 Where completion of a market player that have deployed a follower in the market caught the boat's highest score of those who are face-up and retrieves his follower. The player will receive the points of the boat without having to provide the relevant wares. If there are several boats with the same score the player can choose the one that he prefers. Then players have to take one of the ship token of the pile and puts it face-up with the rest. So again players have four boats waiting to fill their warehouses.


In the case that several markets are completed is applicable follows: beginning with the active player and in a clockwise direction each player who has a completed market takes the boat's highest score of those that are face-up and uncovers a new piece of boat so that you again have four boats. 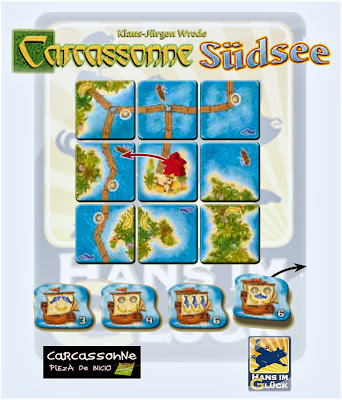 If the placed tile includes a fishermanboat, the player with most fishermen will receive the fish of the Sea Region although this has not been completed. Followers are returned to the players and you have to cover one of the icons of fish so that not to rate where is complete later this region or that will place a new piece with fisherman boat. Whenever possible it will plug a double icon. If it is not possible to cover a simple icon. 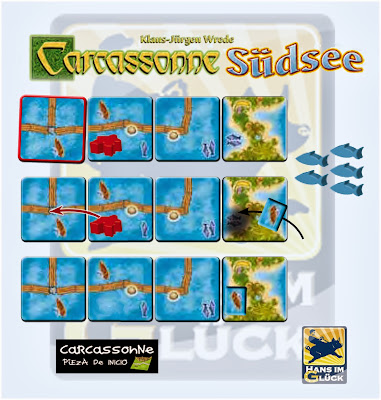 4 The last part of each player's turn consists of supplying wares to trade ships. The active player, if he wants and have the necessary wares, can fill the wineries in one of the boats with the right combination. In that case, it will return the ware tokens and catch the ship getting the score indicated. Then players have to take one of the Ship token of the pile and puts it face-up with the rest. So again players have four boats waiting to fill their warehouses.

The player’s turn is over and the next player in clockwise order takes his turn.

END OF THE GAME

The game ends at the end of the player´s turn who placed the last land tile or when there is no any Ship. Incomplete buildings awarded to players that their dominate the corresponding wares (bananas, shells and fish). Players do not receive neither products nor boats by incomplete markets.

Each player adds the points obtained by boats and the products that still provides. Each ship's score is displayed on each token. For every three simple Ware tokens (regardless of the type of product) player receives 1 point. The player with the highest number of points is the new King of the South seas.