It has snowed in Carcassonne!

During the fair in Essen (Germany, October 2012) was presented this new version of the Carcassonne. And now Z-MAN publishes it. Just in time for the arrival of the cold! 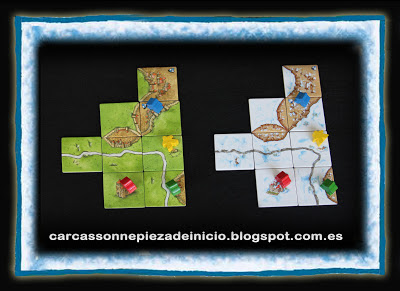 It is a new setting of the basic game in which the pieces of territory recreate a beautiful snowy landscape.

As you all know the author of the Carcassonne it is the German Klaus-Jürgen Wrede and for the illustrations of the basic game and all expansions has always counted with the participation of her compatriot Doris Matthäus. Hans im Glück (German Publisher) has sold through its web site a PDF version of snowy tile. This version remained the same lines of drawing all the previous works. 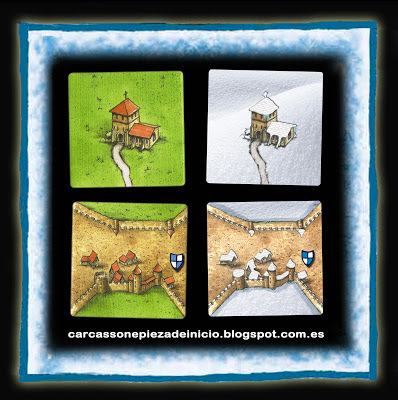 However, for this edition the graphic part has fallen in the also german Anne Pätzke who has given to the tiles a more real character fleeing simpler profile of earlier drawings. 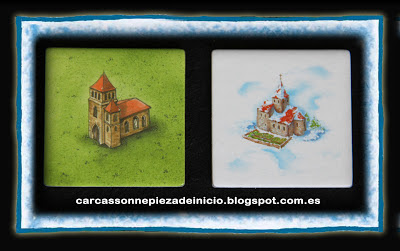 This edition features several improvements over the original version. We find the first difference in own box which shows a much more elaborate than the original illustration. 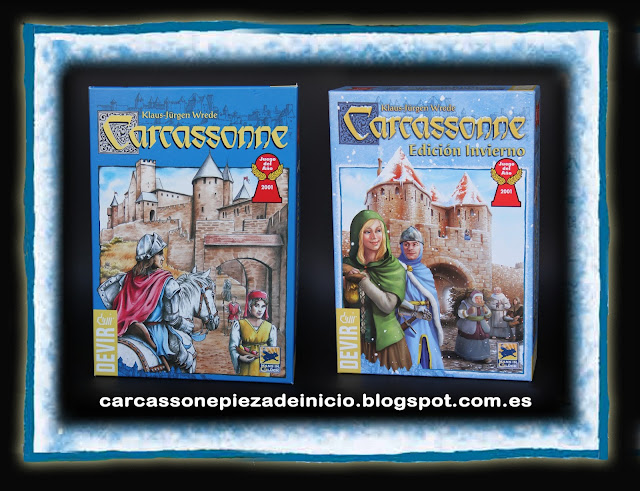 The rules also feature many improvements. It is a booklet with 8 color pages and large format. We found several detailed examples of score and appears explicitly recommendation contest first headings without farmers, and as happened in Carcassonne 10th anniversary box, the rules include the complete list of the tiles. 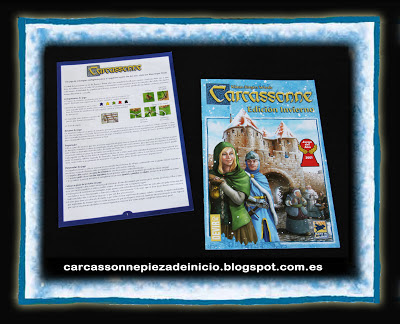 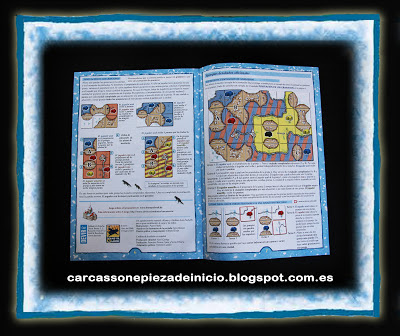 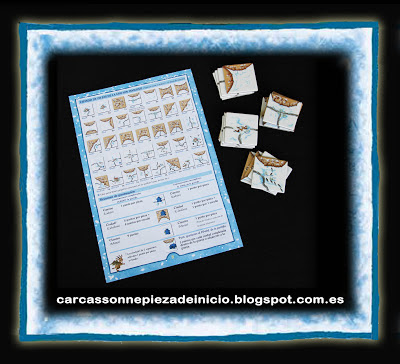 Paragraph placing a piece of territory has included the following sentence: "first taught to all players (so may advise you well where to put it) and then places it". This point reflects perfectly the importance of persuading other players, so present and feature in many modern games.

Within the paragraph above roads score specifies that the roads that form a closed circuit are also considered pathways completed to improve the drafting of the rules. While everyone was that this type of roads closed on themselves is also counted as completed roads this circumstance did not appear in the regulations. 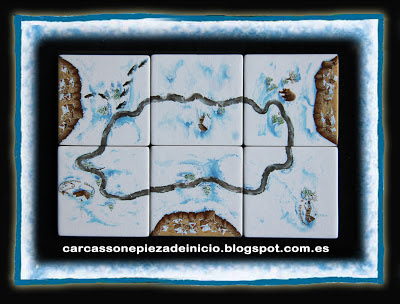 Score marker also shows a winter setting both on the obverse and on the reverse side and this, unlike the previous version, displays a color printing. 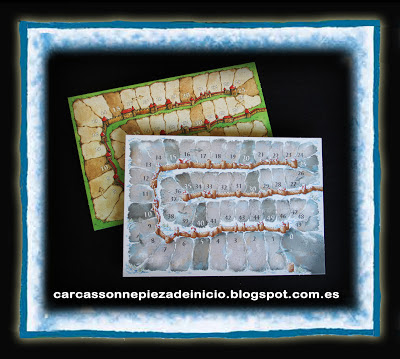 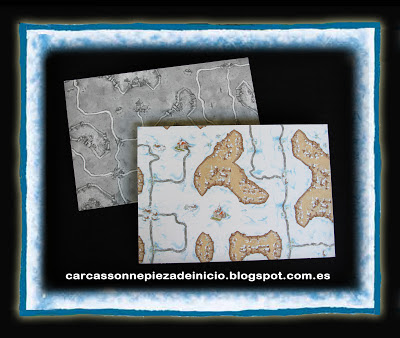 But the most significant difference is the number and layout of the parts of territory. Its reverse, in shades of blue and with a renewed graphic style, are clearly distinguished from tiles of the normal version. 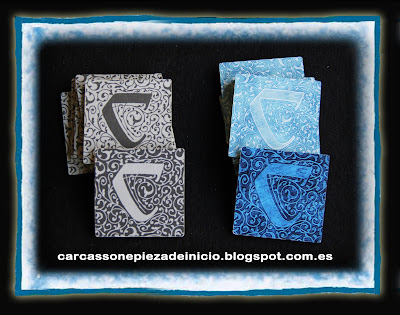 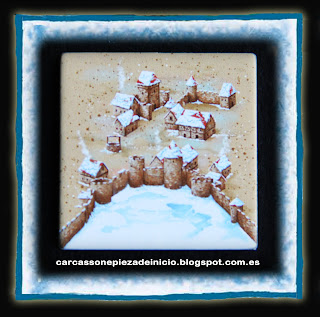 In addition to the winter atmosphere and a more elaborate drawing style we also find details as smoke coming out of chimneys, small wells in some segments of cities...

This version includes twelve additional tiles in which there are drawings some animals (bears, wolves...), and some species not determined. Interestingly these tiles include codes WinTier which is a blend of the words in German winter (Winter) and animal (Tier). 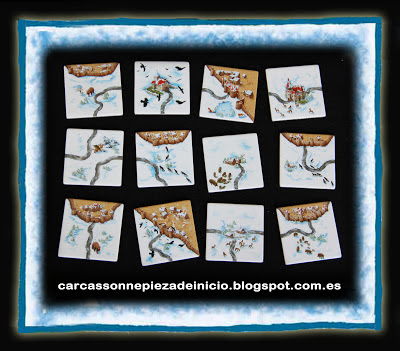 Thanks to the drawings of animals these tiles can be separated easily from the rest being able to play with the 72 pieces of territory that make up the basic game and which are disputed all the tournaments of Carcassonne.

Contrary to what one would expect there are not additional rules for animal tiles. No doubt each group of friends you can use them to develop their own rules or simply play with the usual rules.

Four of these new WinTier tiles don´t constitute a significant change since they contain combinations of roads, cities and monasteries existing within the 72 basic pieces.

However the other eight tiles provide new game options to submit new combinations. Some gaps that previously did not accept any tile now can be filled with any of these eight pieces. 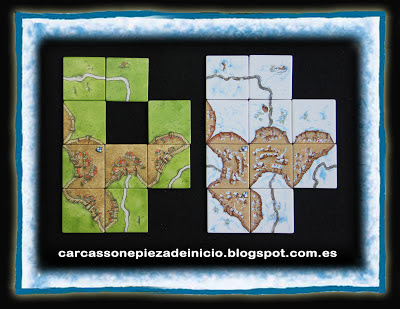 We found these pieces of territory in some expansions of the original Carcassonne as Inns and Cathedrals,... 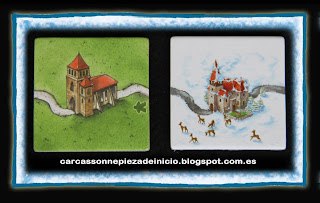 ..., Princess and Dragon, Traders and Builders, The Tower, Markets and Bridges, The Abbey and the Mayor,...

Carcassonne Winter Edition presents many improvements over the original basic game but at the same time keeps all its essence. There is the possibility of playing with all of the tiles or only the usual 72 resulting in different conditions of strategy.

We have also prepared a translation of the first expansion for Carcassonne Edition winter, the Gingerman (Der Lebkuchenmann). Take a look! (spanish)

We leave you with the new Starting tile. This is how every game of Carcassonne starts. What happens after... 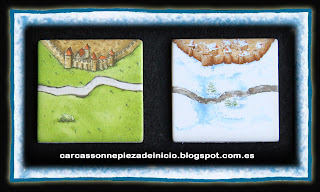